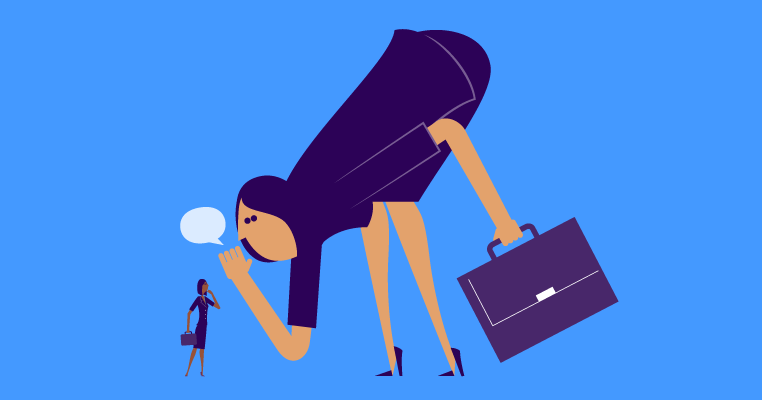 The New Zealand economy has always relied on foreign labour to shore up specific talent shortages and keep itself growing. Yet, there’s a clear and unequivocal commitment to employ and empower local talent in New Zealand. While this was always a priority, it has become more so in recent times; the Government has indicated with its latest visa changes that they take the responsibility of ensuring Kiwis have access to jobs very seriously.

In this context, it might seem that allowing a visa to end to employ a New Zealander is an acceptable way to support the Government’s priority of hiring local talent. However, a recent case found the dismissal of a foreign worker who had lost his visa to be unfair – despite the fact that he didn’t have a valid work visa. This case underscores an important point for employers who hire migrant workers to note; there’s a significant difference in legal status (and your employer obligations) between a candidate for employment and an existing employee.

Let’s look at the key facts and some of the compelling questions this case raises.

Restaurant Brands had hired a migrant worker as an assistant restaurant general manager whose employment was permanent, even though his visa was fixed term. Before his visa expired, his employer began advertising for the vacancy that the employee’s departure would create. He was interviewed for the vacancy but was not successful. Instead, the employer went on to hire a Kiwi worker in his place. Because he was not re-appointed, the employer then refused to support his application to renew his visa. When the migrant worker’s visa expired, he couldn’t produce a valid visa and the employer terminated his employment.

What is the difference between a candidate and an employee?

A candidate for employment (also known as an applicant) is someone who wants a job and has applied for a job but is not employed yet. Under New Zealand employment law, they have the same protection against discrimination and unfairness that an employee has, with some lawful exceptions.

When hiring for a vacancy, the labour market test is designed to check for local talent first before issuing a visa to a foreign person to take up that job. In this way, the law does treat migrant workers differently (lawfully “discriminates against”) because they can only apply for the job if there’s no local person available to fill the role.

However, once a foreign worker has a visa and a contract of employment, our employment law does not differentiate between them and a local employee; they are both equally employees of a New Zealand employer and subject to the same employment laws. And, all workers have a right to good faith, a positive working relationship with their employer and fair treatment.

The foreign worker knows that his visa is temporary; why can’t he accept that?

The difficulty with this question is that it contains the idea that a foreign worker has fewer rights to fair treatment than a local worker. It’s not actually about whether the visa is temporary and would have come to an end anyway. It’s necessary to note that the contract, in this case, wasn’t temporary: it was permanent. It was only the visa that was temporary.

A worker’s protections in employment law come from their contract of employment, not their visa.

Rightfully, the employee objected to the duplicity of his employer thwarting his visa renewal and hiring a replacement before his employment ended.

Visas are designed to expire. Why is it wrong for the employer not to renew an employee’s work visa?

Yes, an employee whose visa expires has no longer any right to work in New Zealand (this is probably what the company was relying on in its defence).  But, as mentioned above, an employer still has a duty to act in good faith and treat a migrant employee like any other employee. Also, any permanent employee is entitled to the best efforts of their employer in protecting their job. Everyone accepts this obligation to be true in performance management and redundancy situations, and it’s also true for visa renewals.

You can only terminate an employment relationship if you have a good reason and follow a fair process. There are two main categories of termination:

Visa expiry would ordinarily be a no-fault situation owing to force majeure. The granting of a visa is a governmental decision out of the hands of either party. But where the employer negatively influences that decision or deliberately prevents a successful renewal, it’s not “no-fault” anymore. The situation falls into an unjustifiable disadvantage – where the employer does or does not do something unfair to the employee.

In this case, the employee on a visa was unjustifiably disadvantaged in his efforts to keep his job by the inaction of his employer.

If the foreign worker was hired on a different contract type, would that have been OK?

It’s possible that if the employer had hired the migrant worker on a fixed-term agreement of the same duration as his visa, his termination would not be unfair (as long as the employer followed proper notice requirements). In this situation, the employee would have had no right to expect a continuation of employment.

On the other hand, making a permanent position into a fixed-term position just because of visa expiry issues might well not be a legitimate reason for a fixed-term agreement!

Remember that a fixed-term employment agreement needs a legitimate reason for being fixed-term. A general rule of thumb is that if the role is permanent, then the employee in that role should also be permanent.

Why did the Authority award damages but not lost pay?

After the visa expired (regardless of why it expired), the employee had lost his right to work in New Zealand. The Authority awarded damages for the unfair behaviour of the employer but was not able to award lost pay because there realistically couldn’t be any “lost pay” for a person who had no right to work.

Use the correct methods, act in good faith

Good faith obligations apply to every employee and every employer regardless of visa status. Behaving in such a way as to precipitate the non-renewal of a visa, when there is no legitimate reason is seen to be bad faith and as creating an unjustifiable disadvantage.

A foreign employee, performing well, and able to legitimately apply for visa renewal as contemplated and indeed expected under immigration laws, is entitled to expect the support of his employer.

If you have a legitimate issue relating to performance or conduct (or if you’re genuinely restructuring your business in a way that affects your employee), you should always act in good faith and follow the correct processes to deal with those issues correctly.

If you’re a client and you have a question about managing employees on a visa, contact HR Assured’s 24/7 Telephone Advisory Service.

If you’re not already an HR Assured customer and you’d like to try our award-winning Telephone Advisory Service, contact us for a FREE no-obligation consultation.

Vaughan Granier is the National Workplace Relations Manager for HR Assured NZ. He has over 24 years’ experience in international human resources, health and safety, and workplace relations management. With over 10 years working in New Zealand and Australian companies, he provides in-depth support to leadership teams across all areas of HR, Health and Safety, and employee management.

Boost your HR knowledge. Stay informed.
With eBooks, articles and updates about the world of workplace relations, straight to your inbox, once or twice a month. 100% useful. 0% spam. Unsubscribe at any time.
More articles from HR Assured

Why you should promote your employees (and how to do it)

Workers’ vaccination information can now be stored in HRA Cloud

Take your HR to the next level

Call us on our toll-free number:

Or fill out the form and we’ll get back to you soon.